Coinbase the major American Bitcoin and cryptocurrency exchange is fighting to identify and remove non complying accounts. The firm has received a patent for developing a unique system that identifies and notifies which accounts are non-compliant accounts.

Coinbase on removal of all non-compliant accounts

Once Coinbase’s flagging unit has identified a non-compliant account, the system assesses whether they are good or bad, entering the determination into a feedback system, after which is decides whether or not to close the account. The patent filing stated:

“An investigator may be able to determine whether an account is being used for illicit activities by doing research on the parties of the transaction who receive or send payment and determining whether such parties are regularly involved in illicit activities. It may for example be relatively easy to determine that a party sending or receiving payment is in the business of conducting online services that may be illegal.”

What Crypto Predictions Markets Say About Trump’s Chances of Winning the 2020 Presidential Elections?

Is Bitcoin’s Price Staggering Because of Herd Mentality?

Dalio: Capital Markets Are “Not Free” Because Economy is Driven by Central Banks 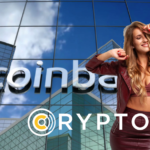